BEHIND THE SCENES WITH

Sativa Science Club is a grassroots education platform spearheaded by cannabis educator and advocate Brandie Bee. An award winning community organizer acknowledged as one of the most influential leaders in the Oregon Cannabis Industry.

She later pursued an MBA in Small Business Entrepreneurship before Founding the Sativa Science Club community. Since launching in 2017, she's helped hundreds of social entrepreneurs worldwide leverage accurate and up to date science to cash in on their passion in the cannabis industry. 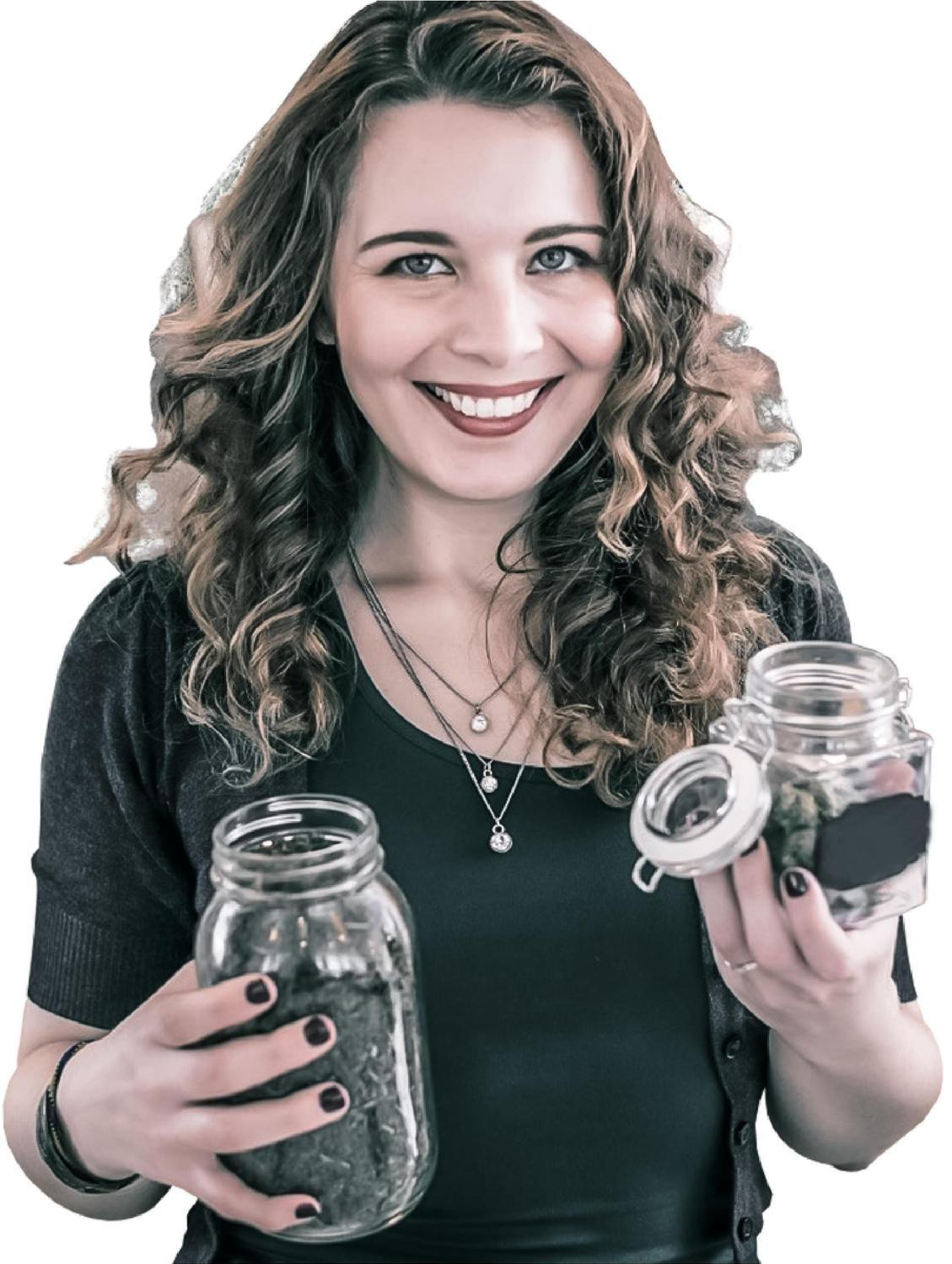 Sativa Science Club would not be possible without our collaborators behind the scenes. Meet the authors, researchers, and editors who contributed to the content you'll get inside of SSC. Click each name to read a short bio!

Although he started out at Pitzer College in Claremont, California, as a philosophy and English double major, Andrew Scheyer switched directions about halfway through to neuroscience, thinking the field contained more-definitive answers. He was partly right about that, and for the open questions that remained, he now had the tools to find some of those answers himself. Over the summer of 2009, he interned with the Multidisciplinary Association for Psychedelic Studies (MAPS) in Santa Cruz, where researchers were conducting a pilot study using MDMA (also known as ecstasy) to treat posttraumatic stress disorder (PTSD)—a project that recently entered Phase 3 trials. “It was an enlightening experience to see where neuroscience could be affecting people.”

As a Ph.D. student at Rosalind Franklin University of Medicine and Science in North Chicago, he worked with Marina Wolf and Kuei Tseng on the regulation of glutamate receptors called AMPA receptors in rats during withdrawal from cocaine and methamphetamine. After completing his degree in 2015, Scheyer received a fellowship from the National Institute of Drug Abuse (NIDA) and France’s Inserm that allowed him to travel to the Inmed Mediterranean Institute of Neurobiology in Marseille, France, where he works with Olivier Manzoni on understanding how perinatal exposure to components of cannabis affects the developing endocannabinoid system.

We were lucky enough to have Andrew review and approve the 2019/2020 release of our cannabis science program Elevated Advocacy.

Dr.Mike is a cannabis scientist and educator residing in San Diego, California. He earned his Ph.D. in chemistry at M.I.T and studied cannabinoid receptors as a post-doctoral student at the Scripps Research Institute. Following his Post-Doc, Dr.Mike spent four years as a technical adviser to corporate law firms obtaining patents on pharmaceuticals. He is an author on over a dozen scientific articles including publications in Nature, Biochemistry, and PNAS. Dr.Mike assisted with editing and drafting the Cannabis Botany and Cannabis Compounds series for the 2019 release of Elevated Advocacy.

Joyce is a Registered Nurse with a Bachelor’s degree in Community Health Education and a Master’s degree in nursing with a specialization in education. Her philosophy prompted her to write Introduction to Holistic Nursing, a course she taught for several years. This graduate-level course received national recognition for its high achievement of distance learning standards. Her interest in cannabis stems from a realization that today’s health challenges require us to explore a wide range of treatments. Some, like cannabis, have evolved throughout human history, offering people expanded compassionate care options. Together, we’ve written Client Care and Leadership series that takes a different approach to the hard sales-based training you are likely used to seeing.

After receiving a Master's in Professional Natural Sciences from Colorado State University, Gabe began a career as a freelance writer. He hopes to better translate science for the general public and raise scientific knowledge about common issues. In his free time, Gabe is an avid scuba diver and photographer spending much of his time admiring nature. Gabe participated as a research writer for the 2019 release of Elevated Advocacy.

Dina Sabella is currently working as an R&D Spv. for one of the biggest FMCG companies in Southeast Asia. She earned her B. SC & M.S degrees from Atma Jaya University with a concentration in biotechnology. Her experience as a student lab assistant for various labs- including chemistry, food technology, plant tissue culture, and plant biotechnology- has given her a broad base from which to approach many scientific topics in her writing. She is especially focused on helping the public leverage science for a healthier lifestyle. Dina assisted with research, writing, and editing the Elevated Advocacy program in 2019.

Dan is a DIY expert from New Jersey who builds, brews, grows, sews, and otherwise mashes projects together at home using an array of tools and resources. Holding a BA in English|Education and a Master’s in Liberal Arts, he has also been known to put the "Dan" in pedantic when it comes to proofreading and copy editing.  Dan provided proofreading for the 2019 Elevated Advocacy release and works full-time as the Support Center Manager for SMU DataArts in Philadelphia.

Alexandra is an inspiringly studious budtender who practices razor sharp precision in all things. She earned her Associates in Psychology from Fresno City College before moving to Oregon to pursue a Bachelors at the University of Oregon In 2018. She stumbled on to Sativa Science Club early on and quickly made her way onto the team. After spending some time hosting our interactive terpene pop-up, Alex began writing short research papers for SSC. Shortly thereafter she became a writer, researcher, and fact checker behind the scenes. Alex contributed to research, writing, and promoting the Elevated Advocacy program over 2019.

Brooke Moore (@Babebotanics) is the brilliant photographer behind our most loved (and vyral) pots on IG. She's one of our absolute favorite collaborators and you should all hire her immediately. She's pretty much the bees knees!

Jeremy Hill is an Oregon based photographer inspired by the landscape of the Northwest  and people who make it amazing. Jeremy is responsible for several images on our website and working with him is always fun, relaxed, and easy.

Aliz Smith is a voice over artist based out of Washington D.C. Her calming maternal narration style was the perfect fit for our Cannabis Science and leadership program Elevated Advocacy. To hear it for yourself join us inside of SSC!

Ready to Get Started?

If you're ready to start your career in cannabis, become an SSC VIP for the latest in cannabis business, leadership, and advocacy. Not only will you be the first to know about upcoming enrollment opportunities, but we'll make sure you're up to date on our most recent podcasts, tutorials, and freebies. 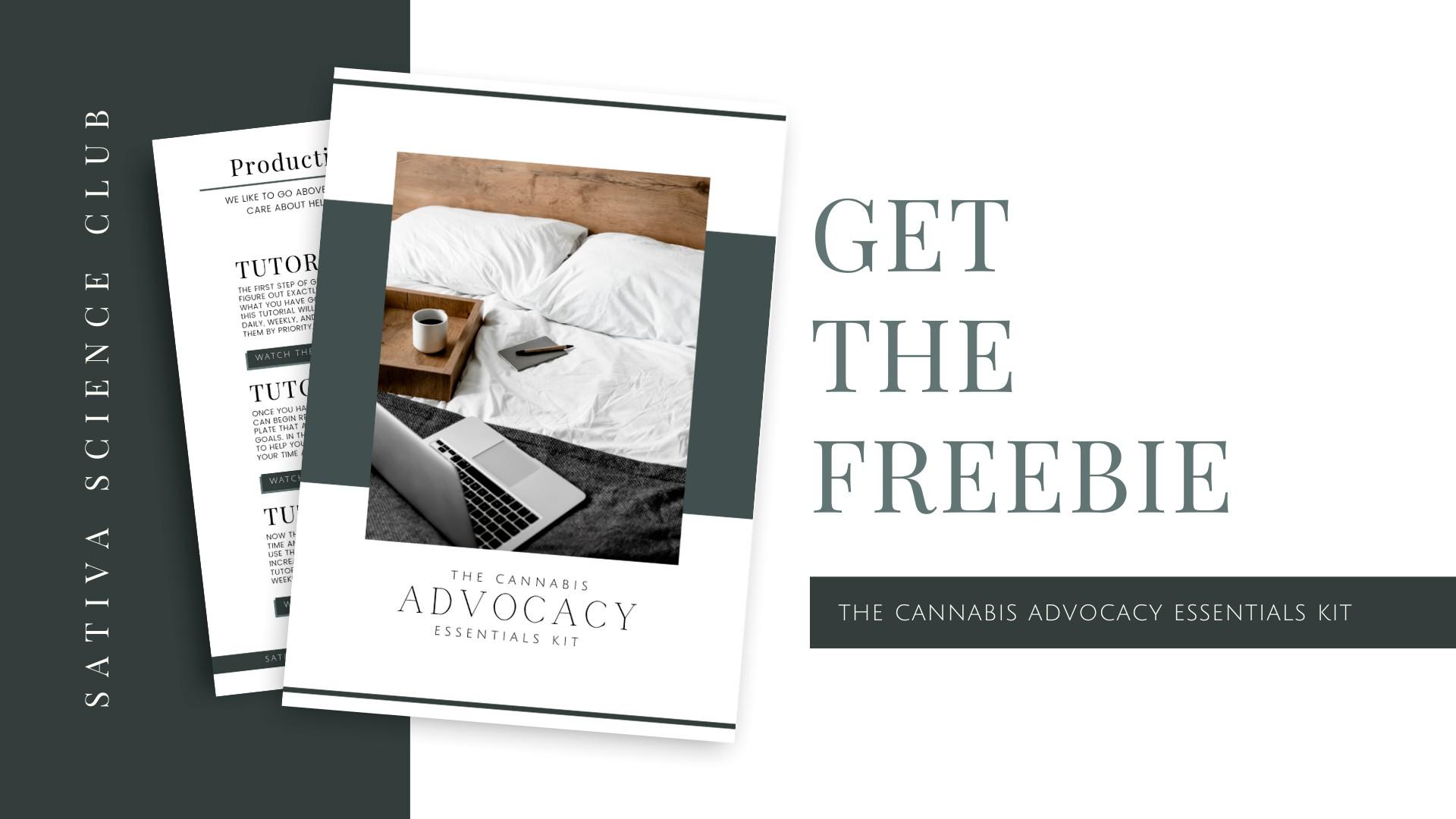 Join our VIP list to start your cannabis business journey. We'll send you the Cannabis Advocacy Essentials Kit, early access to our latest podcasts, and keep you posted on enrollment for the Sativa Science Club Community.